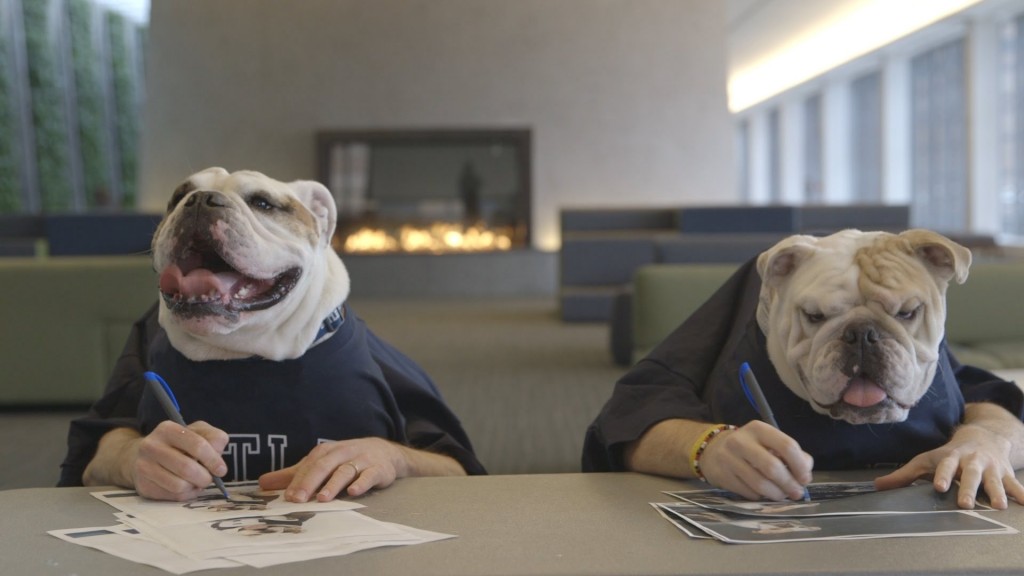 For several years, animals are part of sports as live mascots of the NCAA. Many find live mascots cute and friendly, so instead of the usual mascots that can dance and cheer some schools prefer real cuddly animals. Who would not be surprised to see very domesticated animals during football games? While the fans are screaming because of the exciting game, other people are busy taking pictures of these adorable animals. In fact, these mascots are also popular personalities, with a lot of pictures and videos that can be searched on the Internet. They have lots of fans even those who are not fans or students of the school they represent.

Tuffy is a Tasmaskan dog and is a proud representative of North Carolina State’s Wolfpack since 2010. He is the school’s first live mascot and has several followers in social media. However, it is interesting to know that Tuffy is not a wolf, but a dog but looks like a wolf. He is a mix breed of Husky, German Shepherd, and Malamute. Also, you will be surprised to know that his real name is not Tuffy, but Wave. He just followed Wolfpack logo’s name, which is Tuffy. Nevertheless, everybody accepted him as it is because he is friendly and totally domesticated.

Georgetown mascot is a bulldog. He is a popular figure not only because of cute, he is very friendly to people that is why his presence is always welcomed by beloved fans. One good thing about him is, he shows talent half times. He showed his skateboarding skills during Georgetown-Kansas and everybody loves it! He is very good at it and the people who watched the video cannot help but feel amazed. Like Tuffy, he has many followers in social media.

A cute bighorn sheep is the official live mascot of Colorado State University. The name comes from the Colorado Agricultural and Mechanical College, the school’s official name in 1946. Cam is Rambouillet – a domesticated sheep. Cam is a very busy animal, with appearances at sports and school events; he never gets tired of showing his poses. His handlers are also students of the school who are very dedicated in their duties of taking care of him. Now, we do not know who is lucky: is it Cam or his handlers? These students say that it is a privilege to be part of the team handling him and it is a memory they will not forget.

Tom III the Tiger of University of Memphis

He is a Bengal tiger and he is the current live mascot of the University of Memphis. He represents the confidence of the school. He was donated by a Wisconsin’s big cat sanctuary and is now being handled by his caretaker, Scott. These two has special bonding and consider each other as family.