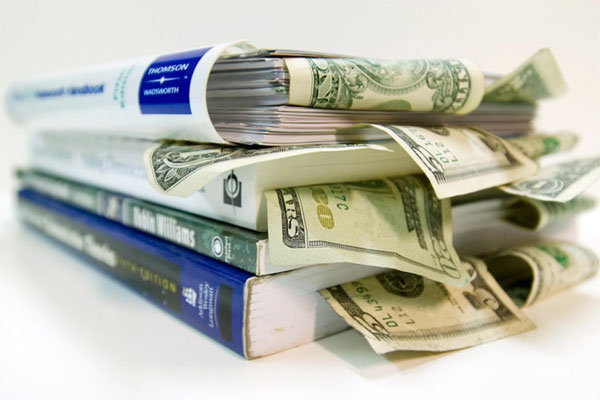 Federal authorities found Higher One Holdings Inc., the company behind Higher One, the debit card that doubles as ID card in many U.S. colleges and universities, liable for allegedly deceptive marketing practices for its financial products.

The Federal Reserve Board ordered Higher One to pay about $24 million in restitution to around 570,000 students as well as a civil penalty of $2,231,250 for practices that were deemed misleading under Section 5 of the Federal Trade Commission Act (FTC Act), including the company’s omission of material information about how students could get their financial aid disbursement without having to open a OneAccount with Higher One, its omission of material information about the fees, features, and limitations of Higher One’s OneAccount product prior to requiring students to make a selection of the method for financial aid disbursement, and its omission of material information about the locations of automated teller machine (ATMs) where students could access their financial aid disbursements without cost and the hours of availability of those ATMs.

“Deceptive marketing practices with respect to student loans will not be tolerated,” said Federal Reserve Governor Lael Brainard. “This action ensures that students who were misled into paying fees to access their financial aid funds will receive restitution for those fees.”

According to the Board, students who opened a OneAccount with Higher One at Cole Taylor Bank of Chicago, Illinois, or with Customers Bank of Phoenixville, Pennsylvania, between May 4, 2012, and December 19, 2013, will be reimbursed for the fees they as a result of the deceptive practices.

In a parallel case against the company and its banking partner, the Federal Deposit Insurance Corp (FDIC) also ordered Higher One to pay $2.23 million and WEX Bank to pay $1.75 million as civil penalty, and together to pay total restitution of approximately $31 million to an estimated 900,000 harmed student consumers for deceptive practices that goes against Section 5 of the FTC Act committed from May 4, 2012, to July 15, 2014.

This is not the first time that Higher One got in trouble with the federal regulators. Previously, in 2012, the company agreed to an $11 million settlement with FDIC for alleged deceptive practices committed between 2008 and 2011, which include charging student account holders multiple non-sufficient fund (NSF) fees from a single merchant transaction, allowing these accounts to remain in overdrawn status over long periods of time that consequently racked up even more NSF fees, and collecting the fees from subsequent deposits to the students’ accounts. Some 60,000 students stand to receive refunds under that $11 million settlement.

Higher One provides colleges and universities with financial aid disbursement services for students. Specifically, it provides refund management for financial aid. Once tuition and other expenses owed have been directly paid to the school, the remaining financial aid, such as money for books, supplies, and living expenses, can be disbursed to students through the company’s OneAccount, a debit card-based product that is offered in partnership through financial institutions. WEX Bank has offered the OneAccount since May 4, 2012. Before that, Higher One has also partnered with Cole Taylor Bank and Customers Bank for its OneAccount debit card product.

On December 15, 2015, Higher One Holdings Inc. agreed to sell substantially all of the assets and certain of the liabilities of its disbursements business, including the OneAccount, to Customers Bank and its parent company, Customers Bancorp, Inc., for $37 million cash, to be paid in three tranches – $17 million at closing followed by two $10 million installments in 2017 and 2018.

Higher One’s financial aid disbursement service is currently being provided to around 800 college and university campuses across the U.S., and its OneAccount debit card product is currently being used by more than two million college students.