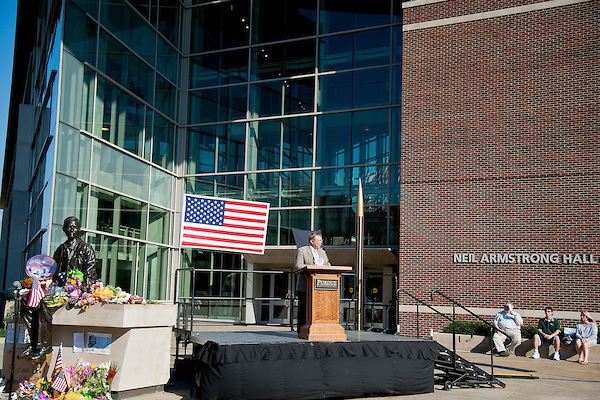 Purdue University has a lot to offer for its students. There’s a rigorous curriculum that aims to prepare the student in facing a career. Although studying may be hard and grueling especially during freshman years, in the end, all will be worth it.

Luckily, there are sports games that you can watch. You could also join the students at the bleachers. Together with the Purdue mascot, it’s important to cheer for your school team to boost their confidence. The Purdue Boilermakers are steaming hot because they have to get through one tough game to another.

Here’s a list of top 10 facts to know about Purdue University:

Before Purdue ever developed the famous Drew Brees, its first quarterback was Bob Griese. Bob later became famous as a commentator for Keith Jackson’s ABC Sports play by play. Due to Bob’s consistent mispronunciation of “Wisconsin,” he also became famous to Wisconsinites.

As they say, Purdue is the Alabama of NASA. Gus Grissom was the first man who was launched into space. Neil Armstrong walked on the moon first while Eugene Cernan was the most recent guy to take a moon-walk. All of them graduated from Purdue. Studies show that 1 in 3 manned space missions include a Purdue graduate.

Purdue University is said to be one of several programs that doesn’t subsidize its athletic programs through the university. It’s legitimately awesome although it has a tendency to bring all the major programs right behind the 8 ball.

This isn’t the tale of 5 mismatched teenagers who came together on a Saturday just to learn that there’s no difference between Judd Nelsons, Princesses, Jocks and Artists. The breakfast club is a tradition on campus. College kids often dress up in various costumes and pregame.

The club activities start at 5 or 6 in the morning. For engineers, it sounded pretty fun.

5. Drew Brees as a spokesman

Purdue is connected to the utmost Shreveport-based football game. And since every company requires a spokesman, the Advocare gets to advocate America’s most preferred quarterback, Drew Brees.

It’s the bucket which the winner of the Purdue-Indiana game gets. However, one of the underrated rivalry trophies ever presented is the Purdue cannon. In 1905, one group of Purdue students that anticipated a victory decided to bring a cannon to Champaign.

Purdue did win the game 29-0; however, students from Illinois got their hands on the cannon, spiriting it away before it can even do kaboom down the hallway. In 1943, Purdue got its cannon back when they won the game, 40-21.

The top football team in the country has been beaten by Purdue 7 times. The only teams that were able to defeat the Buckeyes were Oklahoma and Notre Dame. Right now, Purdue is looking forward to getting its 8th win against this team.

Don’t tell a parent that Earl Butz when to Purdue. You might only get punished for insolence. However, you could shout that Earl Butz is a racist and was Nixon’s Agriculture secretary. If they ask you if they teach that at school, tell them you’ve heard it from the Bucky’s 5th Quarter.

Jim’s one of the most preferred comedians. He’s consistently funny and would somehow maintain his style of reaching a wide audience. He drives a family van during a country tour, spreading comedy to the people.

Jack Horkheimer taught astronomy even before Neil DeGrasse Tyson finally rolled up and ruin Pluto on public television. Jack went to Purdue University, but he was born in Randolph, Wisconsin. So that’s the connection.