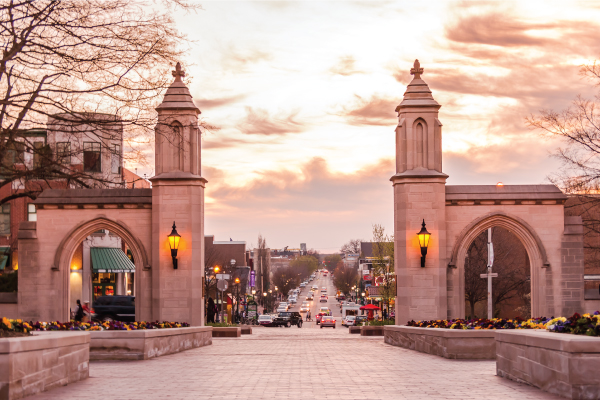 Indiana University Hoosiers have been to 9 bowl games with 3 wins in 127 years. IU didn’t perform well in football during the past century. This would explain the apparent lack of interest when it comes to football games at the campus. However, don’t be fooled.

IU students live by their motto: Never lose a tailgate. There is a massive level of passion for extracurricular activities especially those that surround football during Saturdays. Students love to support the Indiana University mascot as it cheers for the team during sports games.

Here are some important things to know about Indiana University:

Bloomington, Indiana is the only college city in the state with a bar that’s included in the top 100 list. It’s a yearly publication containing the best bars with high-volume alcohol spots. Kilroy’s Sports bar comes in at the 44th spot with a total revenue that ranges from $10 to $15 million per year.

Indiana University hosts the best-attended sports intramural events in the country. The Little 500 bike race which was conducted in an oval cinder track right on the northern side of the campus opened the window for the “Greatest College Weekend.” It was even featured in a movie, “Breaking Away” and multiple books.

This race remained to be a legend in town. Aside from various on-track happenings, the week-long drinking spree is quite enjoyable for the student body. If you’re able to spot cream and crimson at the tailgate lots on Saturday, just mention Little 5, it’s what the locals use when referring to the race.

Here’s the academic part. Indiana University was the first to issue grant degrees among the Big Ten schools. The first diplomas were awarded in 1830, ten years after the school was founded in 1820.

This university is also home to the famous research institute, Kinsey, which was founded in 1948. Aside from being a member of the American Universities Association, IU houses several top research institutions in Canada and the US.

When IU was bought from the Dunn family, two stipulations were given. First, the 2 family cemeteries that were built on the campus shouldn’t be removed. Second, for every tree that will be cut during campus expansion, another must be planted. After several years, Herman Wells, President of the University increased the number of trees to be planted to 2.

President Wells broke racial barriers in this university. He made Indiana University the first among the Big Ten programs with varsity member who’s black.

Indiana State is crazy about basketball and so is Indiana University. The movie “Hoosiers” was based on a true story. IU has 5 national championship titles in basketball.

Indiana University appeared at the Rose Bowl with 2 football Big Ten Championships. The Hoosiers traveled to Pasadena in 1968 but they lost the game to Southern California University. O.J. Simpson, IU’s star running back, had to wait for another 11 years for the next bowl appearance.

The subway guy is Jared Fogle in real life. The apartment where he resided during his college time in Bloomington was a duplex which was above the Subway itself. Jared walked down approximately twenty steps and a 25-foot jaunt so as to get to the front door of his shop.

The Lilly Library is located in this university. This library has a copy of the famous Gutenberg Bible which was published in 1450s by Johannes Gutenberg, a German printer. The book is available for public viewing.